Open Women Semifinals set in the Main Event, 15 of 26 Teams remain in the competition

On Day 5 of the 2016 INS ISA World Surfing Games Team Portugal and Costa Rica surged into the lead of the overall team points standings, the only two teams that have five of their six competitors remaining in the competition.

Main Event and Repechage Rounds ran and the Open Women Semifinal heats of the Main Event were decided. After the closing of the fifth day of competition, 11 National Teams had been eliminated from the competition, leaving just 15 to vie for the Gold Medals heading into the highly anticipated final weekend of the event.

Round 3 of the Open Women Main Event kicked off the action on Thursday with a rising tide and increasing swell that made for excellent conditions at Playa Jacó, Costa Rica. The Round was highlighted by France’s Justine Dupont’s 15.97 heat total, the highest female score of the day.

Dupont expressed her thoughts after winning her heat:

“I’m stoked to get through this heat. Little by little I increased my scores and increased my confidence. I’ve been training really hard so it’s great to see my hard work paying off.” 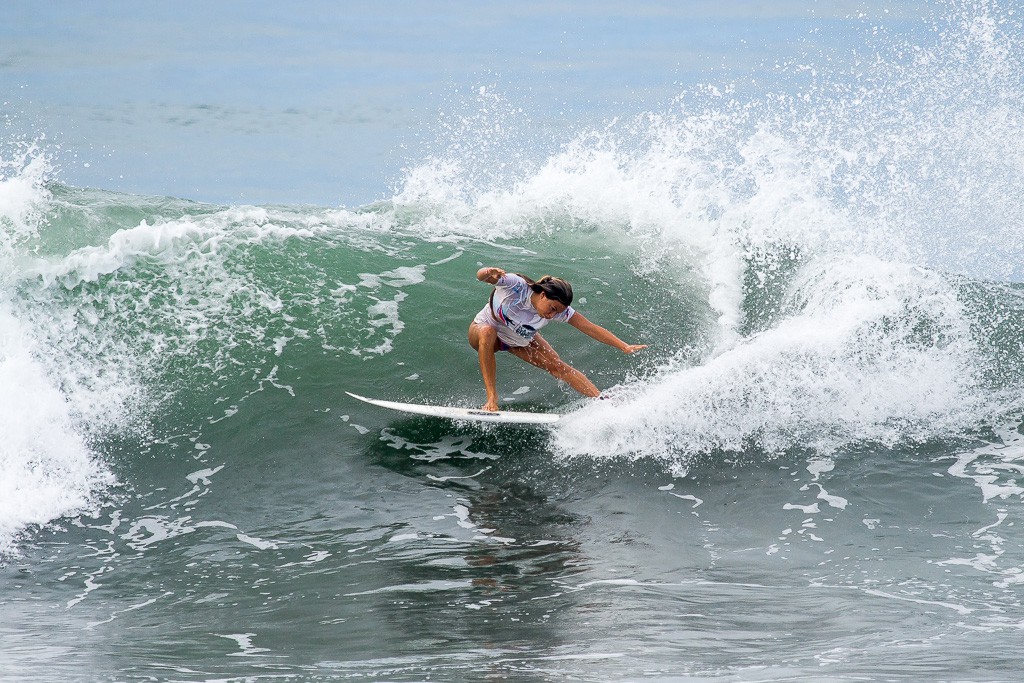 Six heats of the Men’s Repechage Round 3 ensued in the late morning.

France’s Dimitri Ouvre notched the highest heat total of the day and fourth highest of the competition in Repechage Round 3, giving France a much needed boost of energy after seeing five of their competitors drop into the Repechage Rounds on Wednesday. Ouvre obtained two waves of 9.17 and 8.50 for a heat total of 17.67, advancing to the afternoon Repechage Round 4 along with Mexico’s Dylan Southworth (12.90). Japan’s Kenta Ishikawa (10.46) and Argentina’s Marcelo Rodriguez (10.10) respectively placed third and fourth in the heat, resulting in their elimination from the competition.

The Women’s Repechage was next in the water, completing three heats of Round 3 as the tide started to drain at Playa Jacó. Japan’s Nagisa Tashiro (11.93), South Africa’s Faye Zoetmulder (10.53) and Australia’s Brittani Nicholl (13.36) all took first place in their respective heats and will now face five Repechage Rounds that stand between them and the Grand Final.

USA’s Brett Simpson has found his form in the Repechage Rounds after losing a closely contested heat in the Main Event yesterday, taking first in his Repechage Round 4 heat with a total of 14.83.

Simpson spoke about his strategy moving forward in the competition:

“Now that I am in the Repechage Rounds I have a bit longer road, but I just have to keep focusing on getting two good waves. I was a little bummed in my heat the other day to come up short, but that’s the name of the game. I still have a chance.

“This is my first time at the ISA World Surfing Games. It’s a little nerve wracking because you want to carry your weight. We are all supporting each other and focusing on our heats. The camaraderie has been great between us.” 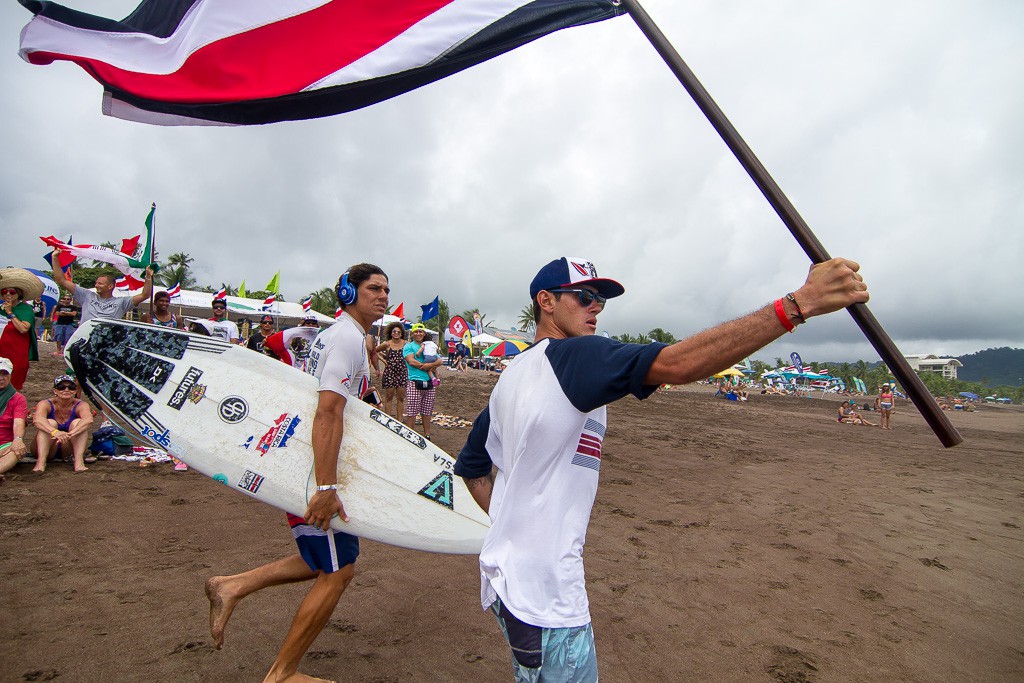 Anthony Fillingim was the first Tico eliminated from the competition, but he still holds his flag high in support of fellow teammate Tomás King, who went on to post the second highest score (15.17) of Repechage Round 4. Photo: ISA / Pablo Jimenez

ISA President Fernando Aguerre, who is currently in Rio attending the Olympics due to the International Olympic Committee’s vote on August 3 to include Surfing in the Sports Program for the Tokyo 2020 Games, spoke from Rio after watching Day 5 of competition on the live webcast.

“Team Portugal and Costa Rica have put on amazing performances thus far, but the competition is still anyone’s game. There are still 15 teams with surfers in the competition that will be looking to put it all on the line for the Gold Medals. We have some crucial heats and the Aloha Cup on tap for the coming days, which will maintain the level of intensity and excitement at Playa Jacó.”

Surfline, the official forecaster, is predicting that the 3-4 foot Southwest swell will continue to hold on Friday, August 12. The swell is expected continue through the end of the contest period, until Sunday, August 14.

The full Surfline Forecast can be found here: http://isaworlds.com/wsg/2016/en/forecast/

View the full results from Day 5 of competition here: http://isaworlds.com/wsg/2016/en/results/

The schedule for Day 6 of competition is the following:

Tune in to watch the live action on www.isaworlds.com.

Located above Playa Potrero in the prestigious Pacific Heights neighborhood,…

Here is the description of Casa Pikaritia in Surfside –…

A great buy on a vacation rental in Tamarindo! Now…

WELCOME TO TANAMARA: The Dream House in Costa Rica ……