Costa Rica is home to the longest season for whale watching in the world, and September kicks off the peak of one of two of the most popular times of year to witness humpback whales who migrate to the warm and rich waters of Marino Ballena to give birth to their young. One group visits between the months of July and October, and the other between December and March.

Marino Ballena National Park, located on the southern Pacific coast of Costa Rica near the quaint village of Uvita, south of Dominical, is where you can certainly see humpback whales 8 months out of the year. A plethora of marine life can be seen along the beaches and the reef near Uvita, and throughout the waters of Marino Ballena National Park. Playful dolphins and nesting turtles are there, but by far the acrobatic humpback whale is the show stopper. 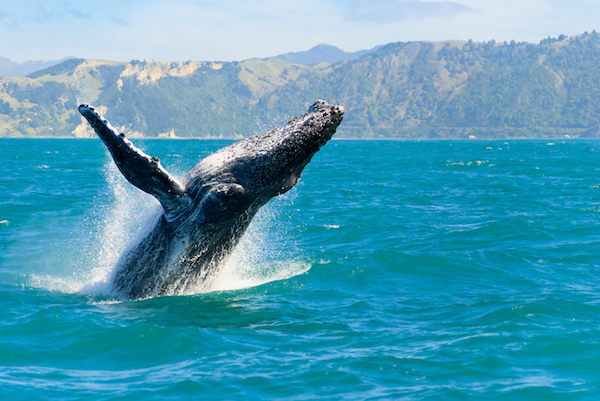 Humpback whale playing in the water.

What’s so special about Marino Ballena National Park in Costa Rica? First of all, it is both a breeding and feeding ground for a variety of different whales. In addition to humpbacks, other species include pilot whale, Bryde’s whale, false killer whales, three species of dolphins, several kinds of turtles and a variety of seabirds such as frigates, white ibis, pelicans and brown bobo birds.

Secondly, Marino Ballena National Park lies in what is known as the Costa Rica Thermal Convection Dome, which is characterized by its shallow, oxygen-rich warm water layered over the top of colder water with less oxygen. This not only provides an ideal habitat for marine life, but also creates an incentive for many whales to stick close to the surface of the water, where they are much more likely to be spotted. 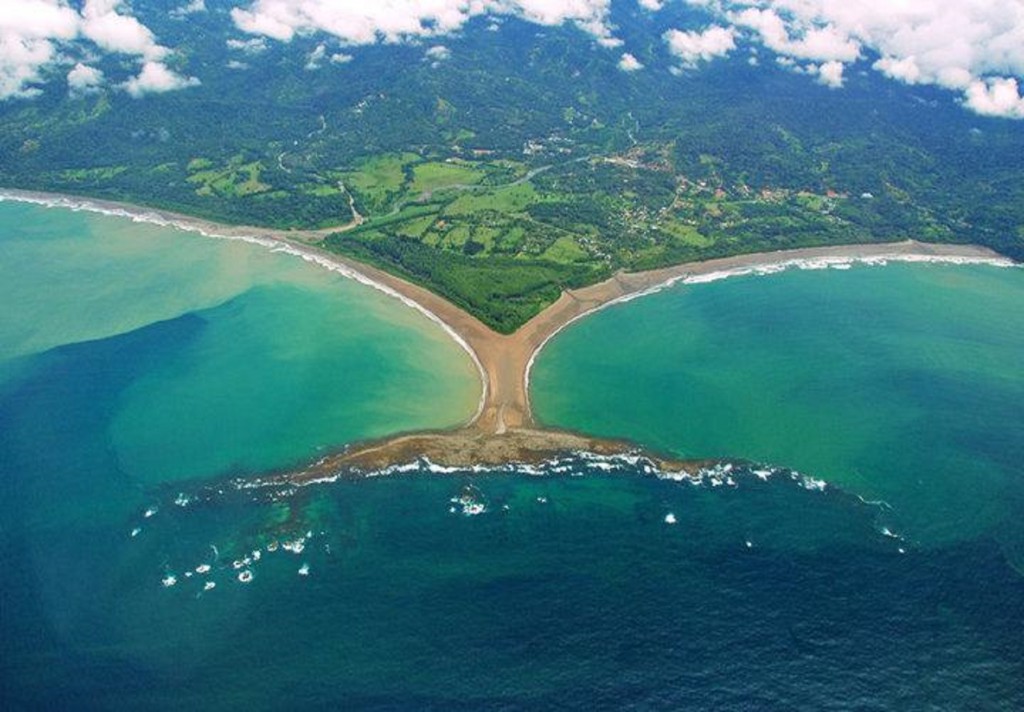 Lastly, the park is named, quite fittingly, because of the Punta Uvita Tombolo, or more commonly known as “the whale tail”, a sandbar that extends 1 km into the Pacific ocean that, from the air, looks exactly like a whale’s tail when the tide is out. It’s as if nature conspired to mark this as a whale sanctuary.

Whale watchers in Costa Rica are never disappointed. Costa Rica’s humpback whales are performers and have been nicknamed “Songsters of the Sea” because they sing long eerie beautiful songs. 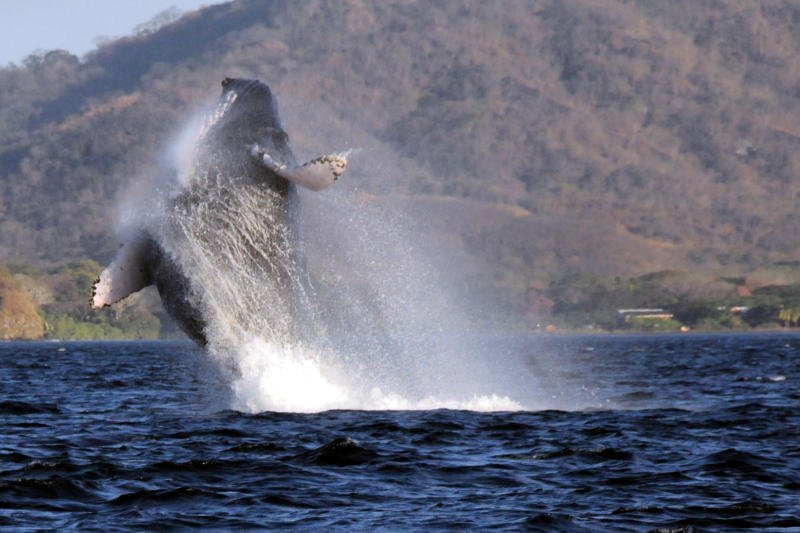 It is even possible to witness a new Humpback whale mom teaching her baby to breach or see several Humpback males compete for female attention. It is truly a magnificent show!

To celebrate whale watching season in Costa Rica, the 5th Annual Festival of Whales and Dolphins is held on weekends in September. Offering something for everyone, the festival provides a chance to enjoy the spectacular natural beauty of this area with planned activities like sculpture competitions, concerts, photography exhibitions and of course, whale watching tours.

This is an incredible sight for any nature lover and now is the perfect time to see one of nature’s miracles!

Welcome to the most extraordinary luxury condominium in Los Suenos.…

18 AVENIDA LA ANTIGUA is the perfect combination of casual…

14 PASEO PUNTA PENCA is an extremely rare gem as…